The ttl keyword is used to check for a specific IP time-to-live value in the header of a packet.
The format is:

At the end of the ttl keyword you can enter the value on which you want to match.
The Time-to-live value determines the maximal amount of time a packet can be in the Internet-system. If this field is set to 0, then the packet has to be destroyed.
The time-to-live is based on hop count. Each hop/router the packet passes subtracts one of the packet TTL counter.
The purpose of this mechanism is to limit the existence of packets so that packets can not end up in infinite routing loops.

Example of the ttl keyword in a rule:

With the ipopts keyword you can check if a specific ip option is set. Ipopts has to be used at the beginning of a rule. You can only match on one option per rule. There are several options on which can be matched. These are: 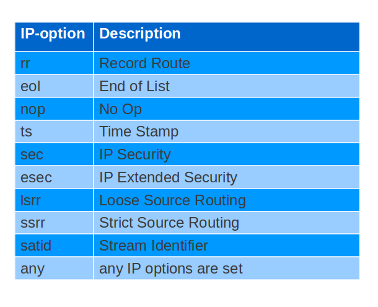 Format of the ipopts keyword:

Example of ipopts in a rule:

Example of sameip in a rule:

With the ip_proto keyword you can match on the IP protocol in the packet-header. You can use the name or the number of the protocol. You can match for example on the following protocols:

Example of ip_proto in a rule:

The named variante of that example would be:

No quotes are needed around the name.

With the id keyword, you can match on a specific IP ID value.
The ID identifies each packet sent by a host and increments usually with one with each packet that is being send.
The IP ID is uses as a fragment identification number. Each packet has an IP ID, and when the packet becomes fragmented, all fragments of this packet have the same ID. In this way, the receiver of the packet knows which fragments belong to the same packet. (IP ID does not take care of the order, in that case offset is used. It clarifies the order of the fragments.)

Example of id in a rule:

The geoip keyword enables (you) to match on the source, destination or source and destination IP addresses of network traffic, and to see to which country it belongs. To be able to do this, Suricata uses GeoIP API of Maxmind.

The syntax of geoip:

With the fragbits keyword, you can check if the fragmentation and reserved bits are set in the IP header. The fragbits keyword should be placed at the beginning of a rule.
Fragbits is used to modify the fragmentation mechanism.
During routing of messages from one Internet module to the other, it can occur that a packet is bigger than the maximal packet size a network can process. In that case, a packet can be send in fragments. This maximum of the packet size is called Maximal Transmit Unit (MTU).

You can match on the following bits:

Matching on this bits can be more specified with the following modifiers:

Example of fragbits in a rule:

You can use the following modifiers:

Example of fragoffset in a rule:

Example of seq in a signature:

Example of seq in a packet (Wireshark): 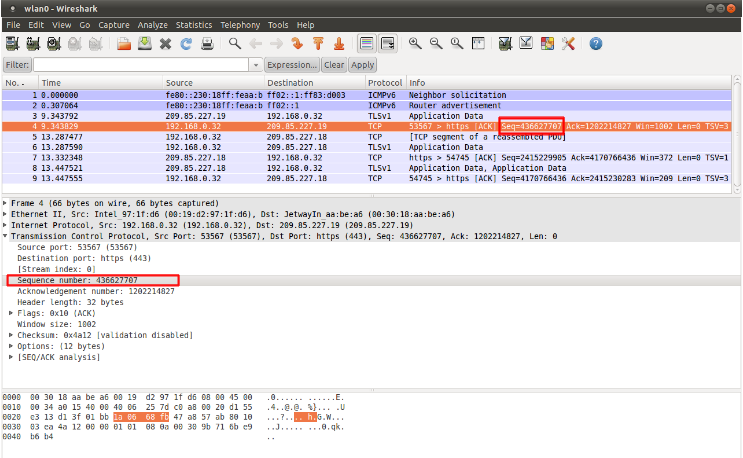 The ack is the acknowledgement of the receipt of all previous (data)-bytes send by the other side of the TCP-connection. In most occasions every packet of a TCP connection has an ACK flag after the first SYN and a ack-number which increases with the receipt of every new data-byte.
The ack-keyword can be used in a signature to check for a specific TCP acknowledgement number.

Example of ack in a signature:

Example of ack in a packet (Wireshark): 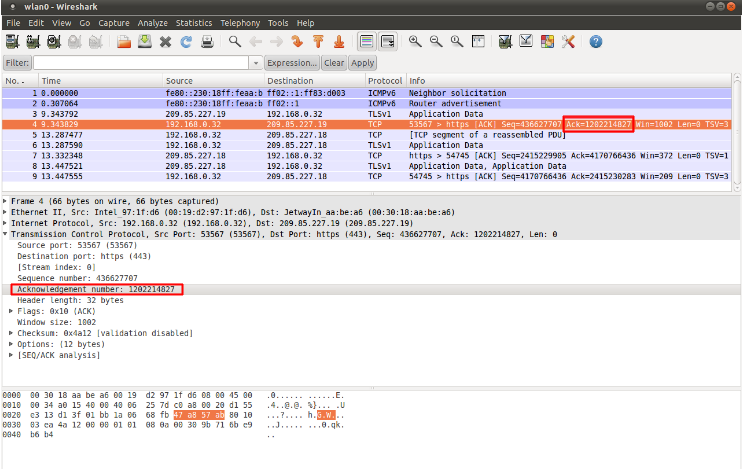 The format of the window keyword:

Example of window in a rule:

ICMP (Internet Control Message Protocol) is a part of IP. IP at itself is not reliable when it comes to delivering data (datagram). ICMP gives feedback in case problems occur. It does not prevent problems from happening, but helps in understanding what went wrong and where. If reliability is necessary, protocols that use IP have to take care of reliability themselves.
In different situations ICMP messages will be send. For instance when the destination is unreachable, if there is not enough buffer-capacity to forward the data, or when a datagram is send fragmented when it should not be, etcetera. More can be found in the list with message-types.

There are four important contents of a ICMP message on which can be matched with corresponding ICMP-keywords. These are: the type, the code, the id and the sequence of a message.

The itype keyword is for matching on a specific ICMP type (number).
ICMP has several kinds of messages and uses codes to clarify those messages. The different messages are distinct by different names, but more important by numeric values. For more information see the table with message-types and codes.

The format of the itype keyword:

Example
This example looks for an ICMP type greater than 10.

Example of the itype keyword in a signature:

With the icode keyword you can match on a specific ICMP code.
The code of a ICMP message clarifies the message. Together with the ICMP-type it indicates with what kind of problem you are dealing with.
A code has a different purpose with every ICMP-type.

The format of the icode keyword:

Example:
This example looks for an ICMP code greater than 5.

Example of the icode keyword in a rule:

With the icmp_id keyword you can match on specific ICMP id-values.
Every ICMP-packet gets an id when it is being send. At the moment the receiver has received the packet, it will send a reply using the same id so the sender will recognize it and connects it with the correct ICMP-request.

Format of the icmp_id keyword:

Example:
This example looks for an ICMP ID of 0.

Example of the icmp_id keyword in a rule:

You can use the icmp_seq keyword to check for a ICMP sequence number.
ICMP messages all have sequence numbers. This can be useful (together with the id) for checking which reply message belongs to which request message.

Format of the icmp_seq keyword:

Example:
This example looks for an ICMP Sequence of 0.

Example of icmp_seq in a rule: 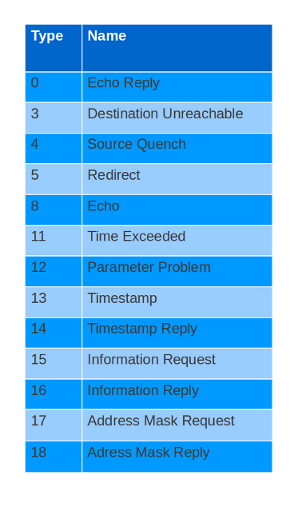 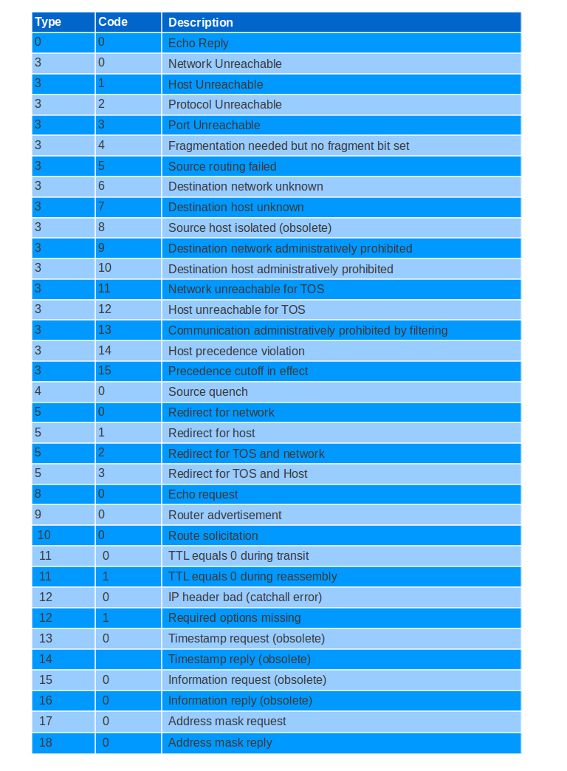